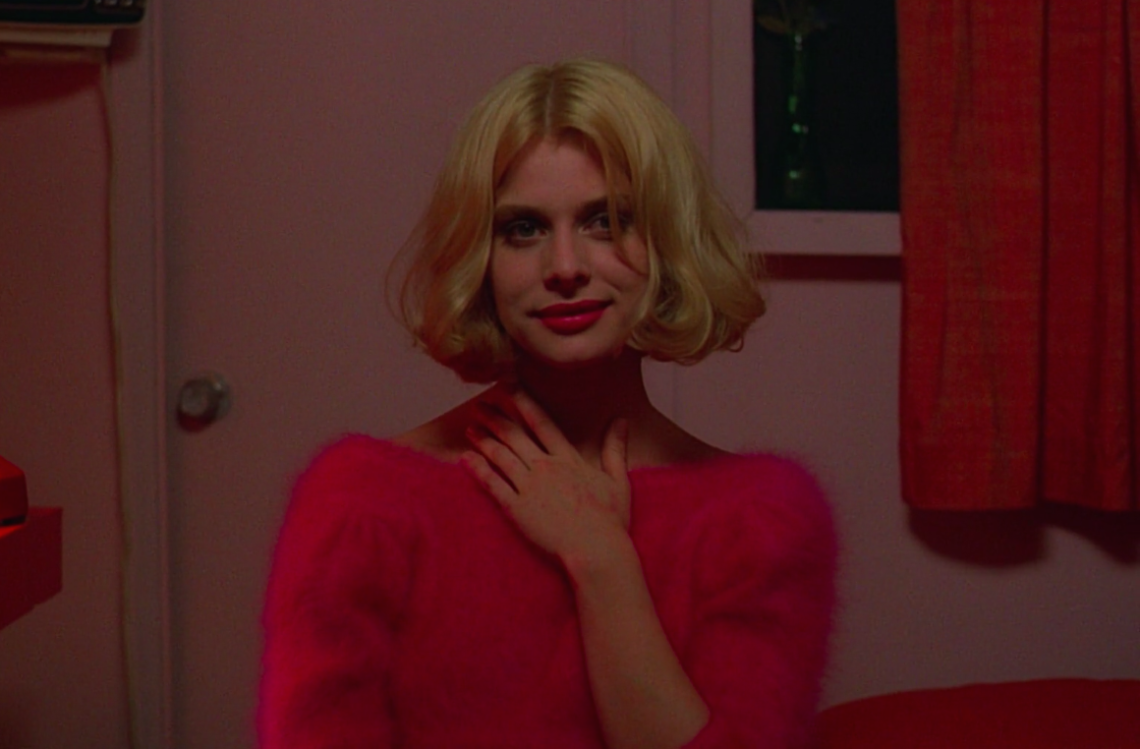 “What’s out there? There’s nothing out there.” – Walt (Dean Stockwell)

A man emerges out of the red dust. The arching canyons lay before him, nothing but an archipelago of scorched solidarity and unrelenting heat. He stumbles on, shoes worn to their soles, an unravelling suit juxtaposed to a bright baseball cap. It’s a glowing ball of redness, perched on top of his haggard, sunburnt face. He pauses. Takes a swig from a plastic milk jug (also red-capped). And then he walks. Onwards. And onwards. And onwards.

This is the Travis we first meet in Paris, Texas – Travis the mute, Travis the disassociated, Travis the escapee, longing always for a horizon he can’t see. Harry Dean Stanton’s played him so perfectly in these opening moments, you’re almost unsure that he’s real until he finally falls, exhausted, on the floor of a lone saloon in the middle of the desert. It’s the Travis without a conduit, or any sense of direction; the Travis of illusion, untethered from reality until a lifeline in the form of his brother, Walt, is thrown back at him. His amblings are aimless, as is his speech and his mind. Only through Walt do we see him reintroduced as a semblance of the man he was before Terlingua, Texas.

Paris, Texas, however, is more than just an interpretation of re-learning. From the saturated red canyons of Texas to the lush green hills of California, it’s a story about responsibility, and all the baggage reclaiming it entails. Wim Wenders doesn’t just take a broken family and try to haphazardly re-glue them together – that’s not the way life is, he seems to say. Sometimes, things are so broken they can no longer be fixed. And that’s okay. The film sees one man slowly coming to this important realisation as he re-learns how to be the man he always wanted to be: a father, a husband, a pillar of a family. And Wenders does this so beautifully, so heart-achingly real on the sunkissed American landscape, you can’t help but hold out for the very same hopes that the characters have. You want Travis to find Jane; you want Hunter to have his mother back; you want Walt and Anne to have someone to care for. But just like the one-way plexiglass of the peep-show booth, there’s only so much substance behind reconstructed fantasies.

“It was easier when I just imagined you”, whispers Jane as she clutches the speaker box to her chest. And she’s right. It is. Life moves so much easier in our dreams, with our pre-constructed words, and our pre-constructed replies. It’s so much easier when the person we miss most is a formless apparition, because we can remember them in the ways we want to. They’re who we want them to be, not who they are. They can look how we want them to look; they can sound as we want them to sound; they can smell the way we want them to smell. And as Travis sits in that confessional little booth, illuminated only by the warmth from Jane’s half , we see him finally accept that escape never really means things heal. Things only heal when we introspectively decide to let go. There’s nothing he can do to atone for what he’s done, so for the betterment of his wife and his son, the two people he loves most in this world, the image of redemption cannot be one that includes himself.

So, what’s out there?
Walt was right – nothing’s out there.
Only by returning can we make things right. Just like Travis in the parking lot of the Meridien, looking up at room 1520, sometimes we have to leave behind the fantasies of our preconceived futures to make real, substantial ones instead. But once amended, there’s only one path forward: onwards.
And onwards.
And onwards.