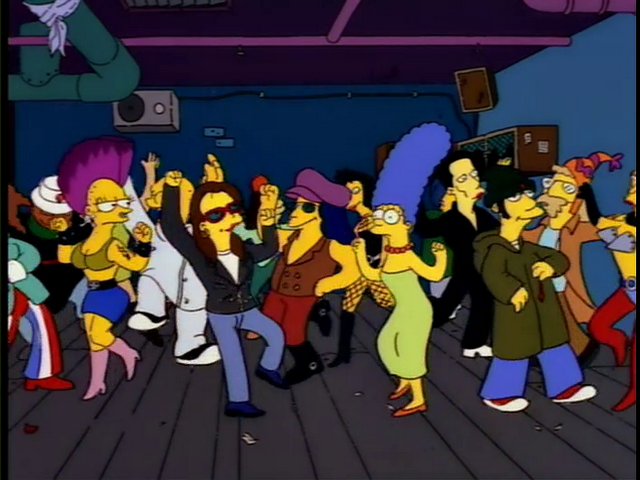 If I’m ever accused of having a royal case of R.B.F. it’s because my only mode of transportation is walking around to the beat of these bad bitch anthems. Since Covid has forced everyone to abandon bold lipsticks for grimy surgical masks and twerk from a safe (but awkward) six-foot distance I think we could all use a sexy and self-assuring esteem boost. I might be too bimbo for a medical doctorate but I won’t hesitate to prescribe these 10 songs for a daily listen. Update your tinder profiles, bedazzle your masks, and dive into this completely unhinged Spotify playlist.

Medusa- not to be confused with the equally cool punk band from the UK- is the pinnacle of non-binary alt pop. With only 20,000 listeners they definitely don’t get the hype they deserve, but they serve booty jams for days. “Vitals” has god-complex worthy lyrics and finishes off with an asynchronous rant about boys who have Pulp Fiction posters in their rooms. The film bros of Haverford are quaking in their Doc Martens as we speak.

Serena Isioma is the coolest human ever and their music proves it. “Sensitive” is a beautifully queer take on Mr. Steal Your Girl, and combines the carefree attitude of a Manic Pixie Dream Girl with the confidence of a Hey Mamas lesbian. I secretly hope that I am the “bitch” which Isioma references in this song so that they will take me, but until that happens I will dance around my room scream-singing the lyrics.

This song is single handedly responsible for making me a self obsessed narcissist. Then again, every party needs a good guy to girl ratio, and I’ve heard this years narcissist convention was dominated by cisgender men. So I guess you’re welcome for putting the girls, gays and theys of Haverford on to this manic song. 100% convinced this song was dug up from the pits of psycho girl hell and I am soo here for it.

Every bi girl growing up in the early 2000’s either wanted to kiss Kat Harrington from 10 Things I Hate About You, or be her. I, who fall into the later category, saw Kat pull up on the local mean girls in her beat-up car to the tune of “Bad Reputation” by Joan Jett & The Blackhearts and decided to base my entire personality off of it. Several piercings and a pair of low rise jeans later I got there, but not without the assistance of this y2K musical classic.

Every unmarried woman over 50 needs a pet cat just like every booty jam playlist needs a Doja Cat. She’s certainly not a secret, but her single “Go To Town” has yet to fall into the mainstream category of “heard it one too many times on the radio and now I’d like to give a firm Karate chop to the nuts of whoever is on Aux”. Also, it’s about getting head, which is way overdone in the genre of male music while being almost unheard of among female artists. Doja Cat does it again with sexy gender equality. Honestly what can’t she do.

The Overcoat’s premier album is described by Spotify as “the kind of record that might inspire you to quit your job, run a marathon” and “divorce your husband”. I discovered them when they opened for Cold War Kids and stood back as basically every female audience member had a gay awakening. Moral of the story is, if you’re a het man reading this, never take your girlfriend to an Overcoats concert. If you’re a girl, gay, or they, strap on your sexiest pair of heals and scream at every man who’s ever gaslighted you to the tune of “Apathetic Boys”.

If you were a late bloomer to Tiktok or haven ever dedicated hours of your life to watching hot people make 15 second videos of themselves on the internet then you might have missed every girl who’s ever attempted eyeliner (myself obviously included) lip syncing to this song last year. The biggest takeaway is that this female manipulator anthem will transform your average Joe into the big-titty anime girl they’ve always wanted to be.

Donna Summer might be the biggest queerbaiter in the game, but it was the 70’s so I tentatively put my anger aside when it comes to this ridiculously good single. “Hot Stuff” makes you feel like you just entered an underground disco club and are ready to take on John Travolta in a one-on-one dance to the death. In other words, villainously hot and dangerous.

This wouldn’t be a list of booty jams without Flo Milli. She’s mean, she’s sexy, and she’s out for blood- and you would be too if you could rap like her. Maybe I just love her because we have matching nose piercings, or maybe the line “dicks up when I step in the party” makes me feel some kinda way. In either case this is a must listen before any Netflix session (insert wink emoji here) and makes you want to strut in a mini skirt Mean Girls style while everyone drools into their masks from the sidelines.

Lastly, we have the one, the only, Gaga herself. Power Bottoms this song is for you. It’s just grotesque enough to encapsulate everything Lady Gaga is about despite being on the worst album she’s ever written. If it wasn’t for “G.U.Y.”, Artpop would fall from the “hot” to the “not” list, but this sex anthem saves the day. The music video might have slightly scarred me as a middle schooler, but the intro to G.U.Y.- which features Gaga worshiping the sons of Aphrodite ASMR style- is enough for me to forgive and forget.

Honorable Mention: “Polly on the Shore”

Sea Shanties have hit it big in the last month and since I don’t have Kiera Knightley’s outfit from the first Pirates of the Caribbean movie on hand, or an 18th century whaling vessel, the best I can do is expose you to the ultimate feminist Shanty booty jam. “Polly on the Shore” is about a girl who was abused by her father, then broke a bottle on his head and proceeded to get her education and conquer the patriarchy. By the end she “shanghai’s” her abusive dad and takes ownership of sailor-town. We could all take a note out of Polly’s book.

Looking to fry your eardrums by taking music recommendations from a tone deaf girl? Look no further than this 11 hit playlist.